We’re in a very revolutionary time right now, and we can see this by looking at how norms are being turned on their heads, in a very mainstream way. Men are suddenly finding it okay to wear their kilts, sarongs and skirts, without having to hide behind a cultural norm to do so. This is becoming a normal part of men’s expression and part of their daily dress code.

One must also ask whether fashion always tries to reflect deeper social issues or is simply fanciful escapism. Fashion’s power lies in it’s expression. In escaping something you’d rather not confront, you may find yourself expressing the very thing you’re trying to escape from. This finds an artistic expression, which is ultimately the language of fashion.

There’s a big trend at the moment that celebrates traditional, and cultural identity, some centuries old: Long skirts, that resemble the Samurai’s style of dressing from Japan, African tribal elements and even ancient Mayan and Aztec influences.

The male psychi has been thrown into disarray from centuries of male dominance and is ready for change. Increasingly, we’re seeing men become homemakers, caring for the children while the women go to work. The roles of the sexes have shifted, and with it the particular “needs” that men and women used to expect from each other. Fashion will naturally find an interpretation for this.

Hair and makeup will not be immune to this trend either. Men will increasingly be seen to wear eyeliner, a dash of mascara or a shade of blusher. Before any images of cross-dressers  come to mind, consider that many male characters in recent movies have worn makeup, without any challenge to their masculinity. Johnny Depp, who played Captain Jack Sparrow in Pirates of the Caribbean, wore more eyeliner than Elizabeth Taylor in Cleopatra, yet attained cult-like status among moviegoers. Science fiction movies have used makeup and special effects to lessen our surprise that their might be otherworldly beings who don’t subscribe to the same ideas of beauty that we do. More recently, the remake of Mad Max, starring  Charlize Theron, has demonstrated the exotic appeal and cross-gender wearing of face paint. It frees us to think beyond the confines of our historical norms.

Traditional, tribal face paint and body adornments have never been seen as makeup or a way of sexualizing your look. This only happened when Western values came along and stripped the symbolic meaning from it.

Clothing is moving away from tight jeans, fitted dresses and jackets and increasingly towards a more deconstructed and looser look. Structure is loosening up and it’s almost a message to the world that politics, the world and people need to loosen up too. That’s a powerful, revolutionary message in itself. Fashion takes its cue from situations that govern the world. Somehow a message comes through to those in powerful positions, whether business or politics. Ultimately this message comes from the streets, from ordinary people who have full control over their bodies and a choice over how they choose to portray themselves to the world. 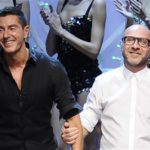 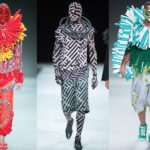