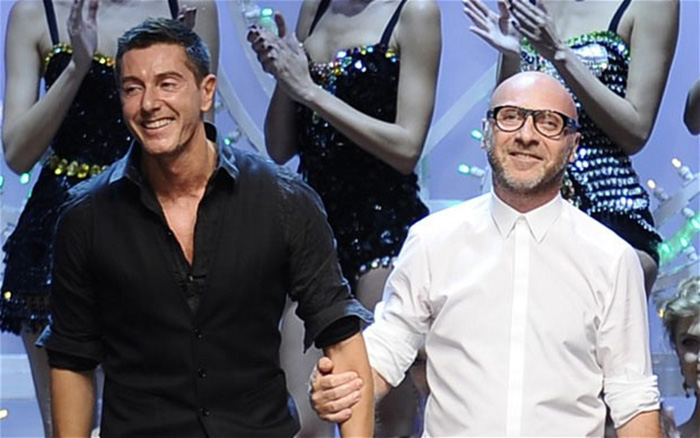 Domenico Dolce was born in 1958 in Polizzi Generosa, Sicily and Stefano Gabbana was born in 1962 in Milan. The two were to meet later in life and change the course of fashion forever.

Dolce had enrolled in a three-year course in fashion design at Marangoni Institute but dropped out after four months, because he realised that he already knew everything the school had to teach. His dream was to work for Giorgio Armani, whom he had never met.

One day, without making an appointment, he carried his book of sketches over to Armani’s headquarters, on Via Durini. Inside the door, there was a long white carpet leading to the receptionist’s desk. Dolce wasn’t sure if he should walk on it with his shoes on.“I am such a cretino,” he says. “I know nothing.” He decided that he would look ridiculous appearing at the front desk without shoes, so he approached by sidling along the wall, where he could step without sullying the carpet. He doesn’t know if Armani ever saw the sketches.

Dolce found a job as an assistant to a designer named Giorgio Correggiari. One night at a club, he met a kid named Gabbana. Dolce, quiet and shy, was impressed with Gabbana’s good looks and outgoing personality; Gabbana wasn’t so taken with Dolce, but he was happy to hear his advice on how to approach Correggiari for a job.

Correggiari ended up hiring Gabbana to work on sportswear, and Dolce taught him how to sketch and the basics of tailoring, and in the process they became a couple. Soon after his hiring, Gabbana was conscribed to 18 months of mandatory military service, but in 1983, after his return in 1982, they had parted ways with Correggiari and were living together in a one-room loft in Milan. The room had a round, wobbly wooden table in the middle, and they would sketch sitting across from each other. If one erased too hard, the table would jiggle and spoil the other’s line. Dolce: “We always filed two different invoices for the freelance work we did, even when we were working for the same client.” Gabbana: “Our accountant said, ‘Why not just do one invoice for both of you? Put Dolce and Gabbana at the top.’ ” So the brand was born, the brainchild of a Milanese bookkeeper.

The first collection from the design duo was shown in October 1985 alongside five other new Italian labels as a part of Milan Fashion Week. The two did not have money for models, so they sought help from their friends; nor did they have money to accessorize their models, so their models simply wore their personal items to complement the clothing. They also used a bed sheet that Dolce had brought from home as their stage curtain.

The design duo labeled their first collection Real Women, due in part to the use of amateur local women on the runway. Sales from their first collection were disappointing enough for Gabbana to cancel the fabric order they’d put in to create their second collection. However Dolce’s family offered to help pay for their costs as the two visited them in Sicily over Christmas, and the fabric company did not receive the cancellation notice in time — so the fabric was ready for them back in Milan upon their return. They produced their next collection in 1986 and opened their first store that same year. Michael Gross wrote of their third collection in a 1992 interview, “They were a secret known only to a handful of Italian fashion editors. Their few models changed behind a rickety screen. They called their collection of T-shirt-cotton and elastic-silk pieces Transformation. Their clothing in this collection came with instructions on the seven different ways a piece could be worn in an outfit and the wearer could use Velcro and snaps to alter the clothing’s form. Italy’s best kept fashion secret wasn’t a secret anymore.

The duo partnered with Madonna in 1993 to design over 1,500 costumes for the artist’s Girlie Show international tour in support of her 1992 album Erotica. In an interview about the costumes, Madonna stated that, “Their clothes are sexy with a sense of humor — like me.” In 1996 the D&G runway show only appeared on the Internet and not the runway, in an experimental move towards new media.

Author Nirupama Pundir stated that, “Dolce & Gabbana, with their superfeminine and fantastical style, broke away from the serious and sober-minded fashions that dominated during much of the Nineties.” 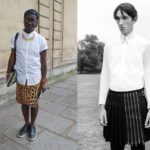