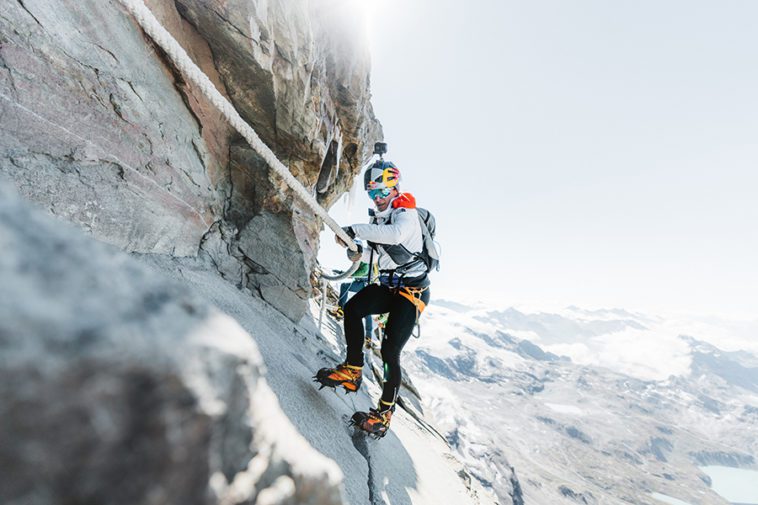 Brazilian ultrarunning athlete Fernanda Maciel is seen ascending to the summit of the Matterhorn, on the Italian side and on its Lion Ridge on August 20, 2020. // Photo: Mathis Dumas / Red Bull Content Pool.

Ultrarunner Fernanda Maciel completed a stunning mountaineering double in the Alps on August 20 when, in a single day, she set a new female Fastest Known Time (FKT) on Gran Paradiso and climbed the Matterhorn.

The Brazilian, who suffered frozen eyes in an accident on the Matterhorn three years ago and lost her flatmate in an accident there last year, overcame her fears to complete the feat just one day before a landslide trapped 25 climbers on the mountain.

Climbing without rope in solo style, Maciel reached the 4,061m summit of Gran Paradiso in just two hours and 40 minutes,  completing the round route in just four hours and three minutes to better her own previous FKT. She then transferred to Cervinia, in Italy, and climbed the 4,478m Matterhorn summit on a difficulty IV rated route.

The former lawyer, Ultra Trail Vice World Champion and Jiu jitsu Champion has set her sights on Fastest Known Times on some of the world’s biggest mountains. She was the first woman to run up and down Aconcagua, the highest mountain in the Americas, and also holds the female FKT on Kilimanjaro.

But her latest achievement was one of her hardest yet, as not only did it involve highly technical glacier running, it finished with a challenging alpine ascent on a mountain where she had prevsiouly been forced to turn back just 300m beneath the summit.

“I have been trying to climb Matterhorn for many years and I was super scared but these mountains represent a physical, emotional and spiritual challenge for me and I wanted to do this as a mountain running project,” says Maciel. “I cried a lot on the summit, remembering all my past. I couldn’t believe it to have made the summit of Gran Paradiso 40min faster than my old best time and then to have reached summit of the Matterhorn after facing my fears and emotional struggles.”

“Pushing my body limits running on high altitude glaciers in Gran Paradiso was super hard but the Matterhorn was the most challenging because the fear I have blocks me. The Matterhorn is a very dangerous, exposed mountain, with an exposed rocky and ice terrain which makes us respect this mountain even more.  I’m super happy that I managed to do this sequence as I’m not an alpinist and being able to do these fast alpine routes is insane for me.” 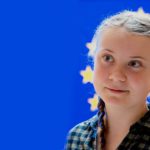 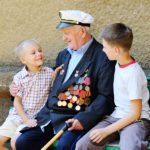