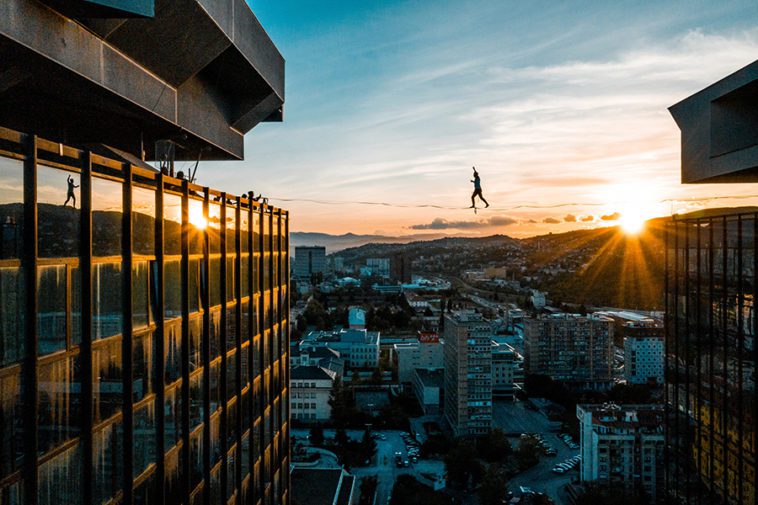 Estonian slackliner Jaan Roose performed a series of breathtaking tricks in early May on a 28-metre-long slackline between the iconic Unitic skyscrapers in Sarajevo.

Former parkour athlete Roose has been involved in slacklining for 11 years since he was 18 and has become a three-time world champion plus the only person able to do a double upside down somersault on a rope.

He holds several world records, won the 2019 World Slackline Masters in Munich and has been a stuntman in Hollywood film ‘Assassin’s Creed’ as well as appearing in Madonna’s ‘MDNA World Tour’. Looking back at his early career, he recalled: “When I started walking, I was very scared. I was physically able to do it, but mentally later on, I put more and more emphasis on the spiritual side of the training.”

This time around, Roose visited Bosnia and Herzegovina’s capital in the first week of May to perform a series of tricks between one of the most famous city symbols that stand 97m high – the Unitic skyscrapers. The video follows Roose as, after struggling to complete a report at the end of a workday, he walks along a slackline so he can make it to a friend’s office party in the adjacent skyscraper in order not to let him down.

The twin towers have been nicknamed ‘Momo and Uzeir’ among the locals, a 20th century comedy duo whose radio show Cik Cak aired on Radio Sarajevo and was popular all over the former Yugoslavia.

For this project, Roose performed his sky walk at a height of 80m along a daunting 28-meter-long line placed between the twin towers which is much longer than the usual 15-21m length – the longer rope behaving more unstably thereby requiring more experience and focus.

The 29-year-old said: “It’s a true visual feast here between the towers. At such heights, there is always one element that needs to be crossed – fear. The other factor is the weather. There was a bit of wind at the moment of walking, which makes it difficult to perform some tricks, but it cannot be controlled. Even though I’m used to walking at heights, fear never goes away. But that’s also the main reason I do it. I like to put myself to the test and create something visually interesting.” 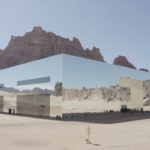 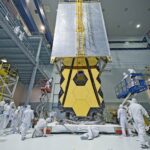